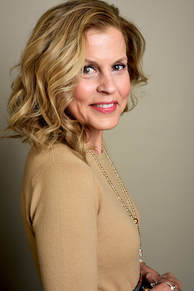 Elaine has a Ph.D. in naturopathy, a master’s degree in psychology, and certificates in nutrition (and many other things). These all synergistically work together to help the body-mind-soul connection that science now proves to have a huge impact on your health and well-being.

Elaine has appeared as a holistic health expert on CNN Headline News and in publications such as the Chicago Tribune, Huffington Post, Forbes, First for Women, Women’s World, and others.

As a professional working actress, she signed an exclusive acting contract with NBC, appeared on numerous television shows, and in over 70 TV commercials. Elaine was a season regular on the hit TV show Dallas and was in many movies. She acted with A-list actors such as Mark Harmon, Madonna, Courtney Cox, Bruce Willis, Billy Zane, Ted Danson, Larry Hagman, and others, and worked with legendary directors including John Hughes, Blake Edwards, and Joe Sedelmaier.

She is an internationally published Hay House author of the highly acclaimed, two time award-winning, international book, Nature's Secret Messages: Hidden In Plain Sight. It was also awarded a rare star recommendation from the prestigious Publishers Weekly—known as the Bible of the book industry.

Elaine’s most recent, highly praised book is a tribute to her father titled, War is Personal. Hell, Luck and Resilience: A WWII Combat Marine’s Accounts of Okinawa and China. It’s a Marine’s deeply personal account of the cold realities of war. Concise, fast read . . . full of reflection and sorrow . . . moments
of joy and determination to survive. Raw. Inspiring.
https://amzn.to/2mg9E6Y

She is also a K.R.I. certified instructor of meditation and Kundalini yoga. This was a one-year program taught by Gurumuk, who was voted by Vanity Fair magazine as one of the top 8 teachers in the world.

Elaine is an accredited LEED™ (Leadership in Energy and Environmental Design) professional.